They will face vigorous opposition from well-resourced government and corporate lawyers. Will you stand with the Secwepemc?

One place at the heart of the area being reclaimed through the title case is Pipsell (Jacko Lake), a spiritual and historical site in close proximity to the Water World (the aquifer), the Sky World, the Prayer Tree, the Hunting Blind complex and associated grasslands, and habitats of species at risk such as the Sharp-Tailed Grouse, Burrowing Owl and American Badger.

The Secwepemc have declared Pipsell a Cultural Heritage Site. In the Pipsell Declaration, the Secwepemc state that their “decision to preserve and sustain Pipsell is for the long-term benefit of all Canadians, ensuring the future enjoyment of this special place serves to further reconciliation.” That decision was made in accordance with the important principles of Secwepemc Law outlined in Oral History (Stseptekwll, or “Trout Children”) regarding reciprocal accountability to living beings on the land.

A title win would facilitate a new, healthier economic development and resource development, one that seeks to balance the ecology, people, land and businesses.  Stk’emlupsemc te Secwepemc land title is about building and maintaining long-term sustainable economic development in a healthy environment.

The Secwepemc have a process and way of managing the land and resources at maximum productivity that had kept the land in a near pristine state and benefited each succeeding generation for the last 12,000 years. The title case will facilitate the application of that established knowledge into the future management and development of the land and resources for future Secwepemc and settlers alike.

A Vision for Community Sustainability

The Secwepemc are not “anti-development”. In fact, they have been mining, trading and conducting other business-type activities for thousands of years. They continue to own band businesses and are developing solid relationships with resource corporations.

“Before contact there was pristine land teeming with salmon and deer. This is when the Secwepemc followed the caretaker laws and relationship between humans and the land. In the Secwepemc language we are relatives to one another (Kwseltktenews). Among the Secwepemc every person has a right to clean air, clean water, properly managed lands for foods, spirituality, economic enterprises."

Flipping the script on the Doctrine of Discovery

This week an amazing team of Indigenous filmmakers got together to plot out the trajectory of a RAVEN documentary film being shot in and around Kamloops BC. Here we go….. it’s day 5, and we’re…

A journey to B.C.’s sage lands

In 2019, RAVEN travelled to Secwepemc territory to begin filming a documentary. Then: covid hit. After a two-year pause, we’re back on the land near Kamloops, B.C. to pick up the thread of story. We’re…

RAVEN envisions a day when Secwepemc Nation’s title to the land is reflected in land use practices that incorporate the caretaker values that have kept this land and waters healthy since time immemorial. RAVEN is…

Keep Me Posted
Who are the Stk’emlupsemc te Secwepemc?

The Secwepemc Nation is an Indigenous group that occupies the Secwepemc traditional territory in southern Interior B.C. The Secwepemc language is part of the Interior Salish group of languages.

SSN is a progressive community committed to attaining self-government and independence through education and economic development. The Nation won a Community Economic Developer of the Year award in 2008 for creating 200 jobs and generating $200 million in regional economic activity, all while strengthening their community with childcare, education, and healthcare facilities. A Secwepemc-owned construction company builds homes to Secwepemc traditional design using an abundance of reclaimed timber from the Pine Beetle infestation. SSN currently has approximately 1,000 members living on and off its 33,000-acre (130 km2) reserve.

The Secwepemc determination to pursue title to their lands in court is grounded in Secwepemc Indigenous law and the concept of yecweminem — the obligation to care protect land, water and sky worlds within Secwepemc territory.

The Secwepemc filed a civil claim before the Supreme Court of British Columbia. The legal remedy they are seeking includes the following:

British Columbia intends to “vigorously oppose” the Secwepemc title case, even though its own Environmental Assessment Office has estimated that the Secwepemc have a strong prima facie (“upon initial examination”) case for both Aboriginal title and Aboriginal rights.

Will this case set a precedent?

The Secwepemc title case will set a precedent for future legal actions and advance the legal rights of Indigenous Peoples in Canada by determining to what extent private property rights are subject to underlying Aboriginal rights and title rights as protected by section 35 of The Constitution Act, 1982.

The proposed Ajax Mine project location at Pipsell (Jacko Lake) is within the Stk‘emlupsemc te Secwepemc (SSN)  territory and is contrary to SSN land use objectives for this sacred, culturally significant and keystone site. A determination of Aboriginal rights and title will advance self-government including decision-making and management of SSN lands, but also widen the scope of protection available to other First Nations communities whose lands, culture and way of life, are threatened by private industrial activity.

How much money is needed to bring the case to trial?

Where does the money go?

All the funds raised for Secwepemc campaign go to Indigenous litigation. 85% of the funds raised go to Stk‘emlupsemc te Secwepemc Nation to fund their legal challenge. RAVEN used to levy 15% as administrative costs to sustain our operations. However, as of 2021, the 15% levy is placed into our Discretionary Litigation Fund (see below).

What happens if we can’t use the funds raised?

Yecweminem – Responsibility for the land

The Secwepemc determination to pursue title to their land in court is grounded in Secwepemc Indigenous law and the concept of yecweminem —   the obligation to care for  and protect land, water and sky worlds within Secwepemc territory.

“Getting out on the land helps bring our children back. Without the land, we are disconnected.”

Pushing back against mining giants

For decades, unwanted and polluting development projects on their territory have deprived the Secwepemc of full enjoyment of their lands. The Ajax open-pit gold and copper mine, proposed to be built at Pipsell, is the latest project to threaten the culturally significant site.

It is unthinkable that such a profoundly sacred place for the Secwepemc people should ever be dewatered and filled with waste rock and tailings, as the Ajax proposal would have it. Although the Polish-owned Ajax mine was rejected after environmental assessment, Ajax holds mineral rights to the land and intends to reapply. 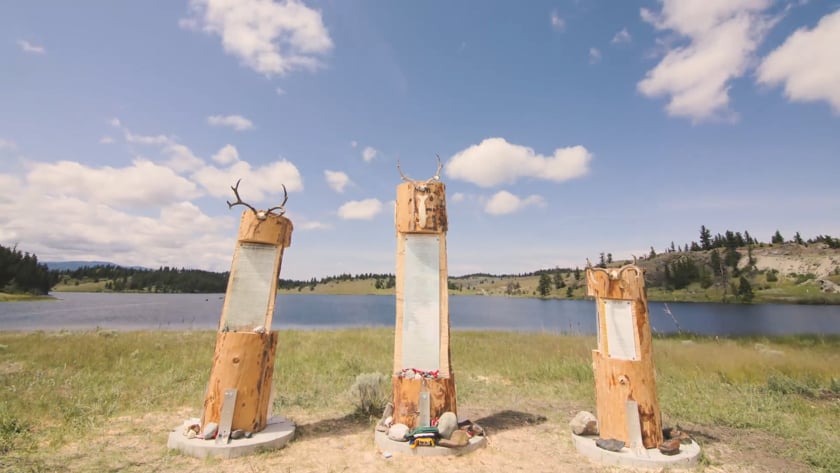 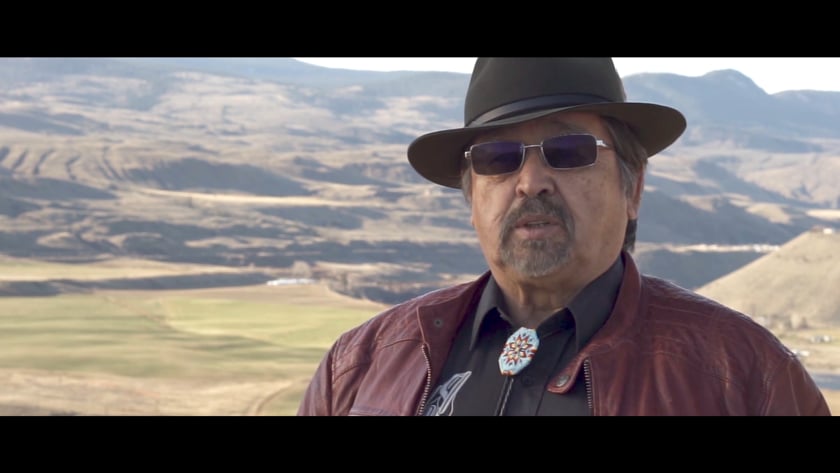 Mining, roads, settlement, and ranching have deprived the Secwepemc of the enjoyment of their lands. In many places, development has destroyed or damaged the land’s ability to provide for the Secwepemc, or to be used in accordance with Secwepemc culture.

The Secwepemc are determined to restore the land to a state of balance, and maintain their traditional and contemporary spiritual practices on the land in the locations marked by their ancestors. Their vision for their land is a healthy ecology supporting a thriving Secwepemc culture and a robust Indigenous economy that contributes to the whole Kamloops region.