Byline: Erin HitchcockAboriginal leaders are vowing to do whatever it takes to stop Taseko Mines Ltd.’s proposed Prosperity Mine from being built.“We will fearlessly carry on the proud legacy of our ancestors,” says Tsi Del Del (Alexis Creek) Chief Percy Guichon. “The Tsilhqot’in will continue the fight to protect our land with whatever means necessary.”Guichon notes that “whatever means necessary” doesn’t include violence, and would instead include legal action, building alliances with other First Nations and environmental groups, and keeping the pressure on the federal government to turn the mine project down.“I think we have to exhaust those means before any other action is taken.”He notes it’s too early to say if there would be roadblocks if the project is approved and says such action would be up to the people.“If the process doesn’t work for you or legal means don’t work for you or other forms of persuasion (don’t work), what people usually resort to is roadblocks, but it’s too early to say. … I’d like to take things a step at a time and stay positive. You’ve always got to keep your options open.”He says he feels “very positive” about what the panel’s report will say.“I think they heard loud and clear what the Tsilhqot’in Nation view on the mine is,” he says, adding that many others are in support of the Tsilhqot’in’s view and professional advisors and biologists spoke at the federal panel review hearings about their opposition to the mine.The federal panel reviewing the project has a deadline of July 2 to present a report to the federal environment minister, who will then make the report public.The federal government and responsible authorities, which have no deadline to make a decision, would then decide whether to approve the mine.If it gets approval, the gold-copper mine project would be built about 125 kilometres southwest of Williams Lake at Fish Lake (Teztan Biny), which would be drained and replaced with a new lake as part of Taseko’s fish compensation plan.“Just because the panel hearings are complete does not mean it is done,” Guichon says. “We all look forward to the report from the panel in 60 days.”“This is far from over,” says Grand Chief Stewart Phillip, president of the Union of B.C. Indian Chiefs.“The federal panel review process is representative of a minor skirmish. The final battle may take place on the land itself.”Phillip says Taseko’s proposed artificial lake is a “corporate-branded aquarium,” as its temperatures would need to be artificially controlled, and is “an absolute preposterous idea.”He says the panel hearings were frustrating since the panel wouldn’t look at Tsilhqot’in jurisdiction, control, and influence over the Tsilhqot’in’s traditional territories and their unextinguished aboriginal rights and title.While the mine site is not located in an area that the William Case found may be subject to aboriginal title, Phillip says that doesn’t detract from the fact that the rights and title are unceded and unextinguished.“If we cannot rely on the courts, and we cannot rely on the fundamentally flawed environmental assessment processes, then the only thing left is for us is to defend the land itself,” Phillip says, adding that while it’s not known yet how the land will be defended, he says possible defense could come in the form of roadblocks, physically stopping Taseko from building the mine, and closing the area off to others. He notes, however, it all depends on the circumstances.Phillip notes that in February, the Okanagan Indian Band set up a camp blockade near Bourleau Lake to stop Tolko Industries from harvesting trees in the Browns Creek area.The courts later handed down an enforcement order to remove the band members, but they have still refused to leave.“It’s just a different set of circumstances, a different place in the province, but it’s the same issue. … If we get arrested, we get arrested. It’s another day at the office. We will continue our opposition. … And it’s the same with the proposed destruction of Teztan Biny. The Tsilhqot’in people have said it’s not going to happen. We can’t allow it to happen.”Click here to read the full article.

VIDEO: We Are RAVEN, taking flight this Giving Tuesday 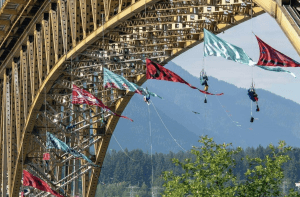 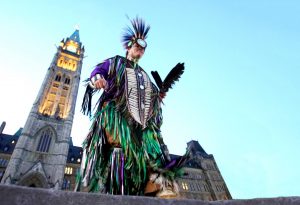 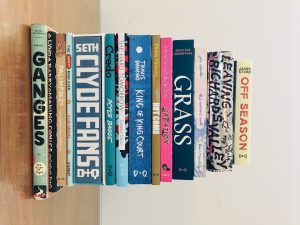 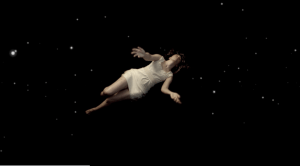