Infographic: The Ecosystem of Kelp, the life cycle of a legal precedent

Just as Indigenous laws are embodied in elders, common law — the system of courts and jurists that is familiar in Canada — also has a system that relies on knowledge of the past to make decisions in the present. Both systems are based on the notion of ‘standing on the shoulders’ of ancestral or past knowledge.

As we work at the intersection of Indigenous and common law, we were inspired here at RAVEN by the idea of ‘life cycles’ as a way of explaining how a legal precedent works. When an Indigenous Nation wins in court, the court’s decision becomes part of “case law”. New case law, especially decisions made by a court of appeal or the Supreme Court of Canada,  can change how courts interpret the law, or even lead to a change in legislation.  Other Nations are then able to use the precedent  to defend their own rights. It means that — just as a single plant can spread millions of seeds — one legal action can be the means of  advancing rights, for everyone.

Last year, Pro Bono Students Canada helped RAVEN by looking at the legal precedents that have been set by legal actions our community has fundraised for and supported. Focusing on the specific achievements of Gitxaala v. Canada —  the legal victory over the Enbridge Northern Gateway pipeline — student legal researchers went looking for new legal cases that had cited Gitxaala. Their report shows how that case continues to nourish Indigenous rights long after the gavel’s echo has faded.

The paper, “Tracing Precedents, Mapping Impact”, can be found here. We’re delighted to share this infographic summary of the findings —  illustrated by RAVEN’s own Jamie-Leigh Gonzales — below.

In 2016, Gitxaala joined forces with other First Nations to challenge the constitutionality of the federal government’s approval of Enbridge’s Northern Gateway pipeline and tankers project. The oil sands pipeline would have carried diluted bitumen over 1000 km from Alberta, across B.C. to be loaded onto tankers and shipped over the Pacific Ocean. The project put coastal communities, including the magnificent ecosystems supported by kelp forests, at grave risk. This groundbreaking legal challenge involved Haida, Heiltsuk, Kitasoo X’ai x’ais, Gitxaala, Nadleh Whut’en, Gitga’at, and Nak’azdli Nations, supported by thousands of people who raised nearly a million dollars for the challenge.

The root of the case was a challenge to Canada’s claims that they had carried out their constitutional duty to consult First Nations about a major project affecting their lands, waters and livelihoods. Grounded in Section 35 of the Constitution, the case aimed to define what “reasonable consultation and accommodation” of Indigenous Peoples really meant when it came to a massive pipeline and tankers project in their territory.

Growing the Case against Enbridge

Indigenous resistance to Enbridge grew out of caretaker values and Indigenous laws that bind communities to stewardship responsibilities on the land and water. A project of Enbridge’s size would put communities, coastal giant kelp ecosystems, and all of the marine life that depend upon them, at risk.

Gitxaala and their allies’ case hinged on three things:

1. Consultation had too little time:  Indigenous Peoples were given timelines that were too short to allow for research and making informed decisions. Requests for extended timelines were ignored.

2. There was a lack of transparency: Project proponents were kept in the dark about the concerns raised by First Nations.

The court found that the Crown did not engage in meaningful dialogue with First Nations. As a result, the certificate permitting the Northern Gateway Pipeline was quashed and the project was cancelled a few months later. This set a new legal precedent, known as Gitxaala. Gitxaala is useful to Indigenous Nations in two ways: first of all, the federal and provincial governments now know that they can’t get away with rushed consultations, so many times they won’t even try. Secondly, if consultation is still rushed or perfunctory, Nations can rely on the Gitxaala precedent in court, without having to re-litigate the whole issue from scratch, as it were.

When a new precedent is set, it ripples out and impacts all subsequent legal cases. The precedent that was set by Gitxaala has been used in many more cases since it was established. Read about more in the PBSC paper, here: “Tracing Precedents, Mapping Impact”.

Spreading the Web of Justice

As with kelp, which can be woven into fishing line, nets, ropes, harpoons and anchor lines, a legal precedent is a powerful tool that nourishes people, ecosystems and future generations. We raise our hands to Gitxaala and allied Nations for taking a stand against Enbridge and for making stronger, better laws.

We are forever grateful to the seven Nations who made up the Pull Together coalition who joined forces to achieve a victory in the Gitxaala case. 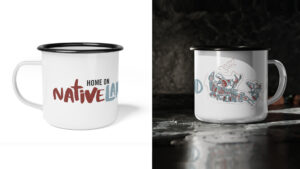 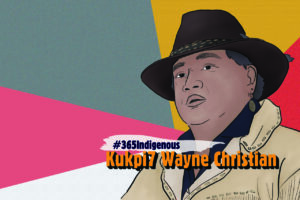 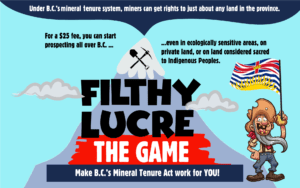 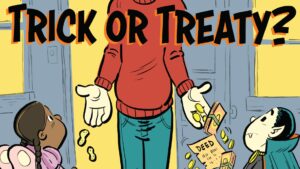