This community can keep a promise

For the past month, we’ve been reaching out to you about the tough fight facing Alberta’s Beaver Lake Cree. First, we told you about the outrageous injustice being faced by a small Indigenous Nation, forced to argue their financial poverty in court – on their own dime – while facing the deep-pocketed governments of Alberta and Canada. Then, we asked you to contribute whatever time or financial resources you could muster to spread the word and assemble a legal defence fund for Beaver Lake Cree Nation.

You didn’t just respond: you came back with thunderous affirmation.

In 5 ½ weeks, over 1200 people donated a total of $148,000; 80 people attended our virtual rally and 320 people sat in on a webinar with Crystal Lameman and lawyer Karey Brooks. With every action you took, you played a part in fulfilling a promise to Beaver Lake Cree: that the RAVEN community would persevere through thick and thin to see the Tar Sands Trial have its day in court.

Many of you have asked us how the hearing went. The proceedings took place behind closed doors: unfortunately, the technology used didn’t permit public access. In their appeal, Canada and Alberta conceded two out of three points that have to be proven to obtain advance costs: one, that the case has merit, and two, that it is of public importance. However, they contested the third point – Justice Browne’s finding that Beaver Lake Cree cannot afford the litigation. The governments’ position is that Beaver Lake Cree should not receive any Advance Costs unless they are completely destitute. The decision will be made by three justices who may take weeks, or months, to weigh the legal arguments and precedents before delivering a judgment. Read more about what’s at stake with this hearing in this Briarpatch piece.

Meanwhile, Beaver Lake Cree and their legal team have embarked on the deep work of gathering evidence and preparing arguments in advance of the main Tar Sands Trial, set for January 2024. There is a long road ahead for the Nation, who’ll need to raise at least $300k per year even if – or, should we say when – their Advance Cost Award is upheld.

So: we wait. But first,we celebrate.

In our 10-year history we have never met a milestone so quickly. The fact that we did this together during a time of incredible financial uncertainty is a testament to your generosity and of your understanding of the importance of this case. An evaluation of projects according to cumulative impacts on treaty rights would make ecosystems thinking become a part of the fabric of Canadian policy-making. That transformative vision forms just one pillar of the framework of rights, ecological protection and stewardship that the Tar Sands trial aims to enshrine into law.

By supporting the establishment of powerful legal precedents, we are enacting the important work of upholding treaty promises: that the land, and all of the life it supports, can flourish “as long as the grass grows and the river flows.” This is the promise we hold, together, as the RAVEN community, and this is the future you are underwriting with your donations to the Tar Sands Trial.

With bold leadership from the Beaver Lake Cree, and working as a determined and united force, we can leave an indelible trace on the land.

Words are not enough to express our gratitude.

If you want to be a part of the enduring legacy of justice, you can become a monthly donor to RAVEN: join the Circle of Allies here.

A volcano brewing beneath Canada 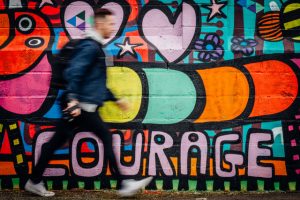 A Key Strategy to Stop the Tar Sands: International Alliance